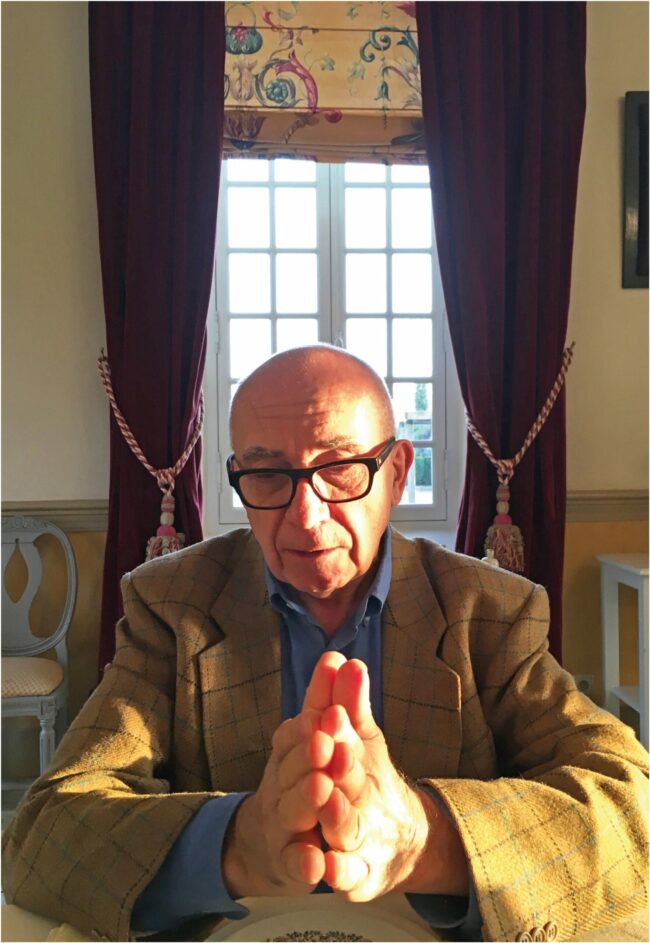 He is the man who triggered off a number of young people who became winegrowers. They all speak of him as a lighthouse in the night. A man of sense and sensitivity, an indestructible rock.

For fourty years, Alain Brumont has been reigning over his madiran where he owns more than 200 hectares of vines with his properties Château Montus and Château Bouscassé. Starting from almost nothing, Brumont launched himself on his own in 1979 with Montus, giving his father a pied-de-nez before buying the family property of Bouscassé from him a few years later. An insatiable worker with a powerful ego, Brumont has worked tirelessly to put Madiran on the list of great wines by working, with a curiosity that has never failed, on the terroirs, the vegetal material, the vinification and the maturing process. Tannat, a tannic, potentially rustic grape variety, has reached its full potential with Brumont, whether it is as a single variety or associated with Cabernet Sauvignon and Cabernet Franc. Alain Brumont builds a complete range with easy wines for immediate consumption, his La Gascogne cuvées, and wines for laying down that both châteaux release when mature. For white wines, he produces pacherenc-du-vic-bilh where the Petit Courbu triumphs. Its great cuvée is La Tyre, made from a ten-hectare plot acquired in 1990. On this west-facing hillside, the highest in the appellation, which he has cleared and on which he applies his “Brumont method”, which consists of limiting the number of bunches per vine to 5 or 6, he draws the quintessence of tannin. Even though Alain Brumont is now over retirement age, he will obviously never retire. He can now rely on Laurence, his wife, who has been general manager of the Brumont vineyards since 2016. The insurance for Brumont, the sedentary adventurer, who will have spent his life taking all the risks, that his name will continue to radiate over the region and in the world of great wines.