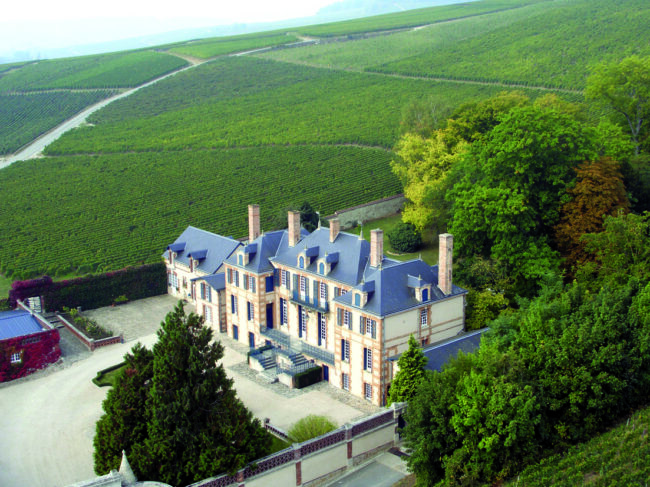 In less than fifteen years, Pierre-Emmanuel Taittinger will have succeeded in the crazy bet of buying back (with the help of the Crédit Agricole of Champagne-Ardennes) the House once founded by his family (and his just six months before), but mostly to have given it its spirit, ambitious and spiritual.

Now led by Pierre-Emmanuel and his two children Vitalie and Clovis, as well as by the very competent Managing Director Damien Le Sueur, Taittinger has today reached a level of quality throughout the range of its wines incomparable with what it once was (even though the prestigious cuvée Comtes de Champagne gas been at its best for the past thirty years) all the while keeping the fundamentals of the airy, fresh and elegant style. Positioned in terms of volume between the gigantic brands such as Moët and Clicquot and smaller jewels such as Bollinger, Taittinger has made its own path: develop its notoriety on all the Champagne markets – it is actually the official Champagne for the World Football Cup – but also put in place an eco-friendly tendering of its vast vineyards covering 288 hectares or pursuing the fine-tuning of the wines’ style thanks to better adapted cellars and to the passing on of reins between Alexandra Ponnavoy and the historical Loïc Dupont in the role of winemaker.

A selection of grower Champagnes.

Champagne Taittinger, in the name of his own