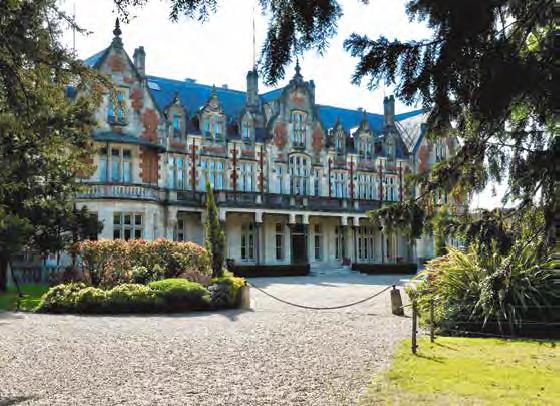 At Château Cantenac-Brown, there is no sitting back. Shortly after the acquisition by the Le Lous family, a new and very innovative winery is being built. And this is only the beginning, the ambition is great.

It is the already classic story of a family that has succeeded in the industrial world and that wishes to diversify its assets in vineyard. The Le Lous family (Urgo group), originally from Dijon, turned their attention to the Burgundy hillsides, just to the south. After many years of reflection, it was in Bordeaux that they confirmed their ambition. Tristan, an agricultural engineer by training, is the one who takes charge of the project: “I have always been attracted to Bordeaux wines, but it was when I met my wife, who is from Bordeaux, that I really discovered this vineyard. I spent a lot of time there, which made me want to set up an acquisition project. At the beginning, we took the time to meet with different properties to understand the issues linked to a structure of this size. I met José Sanfins who explained how a property like this works, the exchanges with the Bordeaux market and its particular functioning. When we learned that Cantenac Brown was for sale, we naturally positioned ourselves. The acquisition was done quite quickly.” The approach is attentive and serious, the property is of good quality, and an 1855 classified growth is a good idea since there are few of them. Cantenac Brown is without doubt the most important French building in the Tudor style, an architecture imported from England in the 16th century. It is distinguished by a steeply pitched roof, high and narrow openings, and extensive façade ornamentation. This XXL residence was built at the beginning of the 19th century and greatly enlarged some time after the property was included in the 1855 classification, as the third classified growth of Margaux. At the time of the acquisition, Tristan Le Lous added a few hectares of vines that adjoined the estate, increasing it from 51 to 63 hectares. He explains: “With the English-style park designed and built in 1806 and the forest, the property has 90 hectares. A beautiful ensemble. The objective of this project was to aim for the highest possible level of environmental quality.  One of the important elements to take into account when we decided on this new winery was not to use cement. We are forcing ourselves to build with alternative materials, a structure that consists of pounding the earth by hand to solidify it. This wall enclosure will be covered by an earthen vault, built by cutting the earthen blocks as if they were stone blocks. This vault will not be supported by pillars, but by the wall enclosure, which will allow us to have an empty volume, without the slightest support pillar”. As you can see, ecological concerns take precedence over all others. And Tristan Le Lous takes this to its logical conclusion. Waste management, water and electricity consumption, viticultural and wine-making equipment, no air conditioning, reflection on cultivation practices, the new Cantenac Brown will be virtuous.

Invindia. A new spirit in Bordeaux

Saint-Emilion, a new hierarchy among the classifieds

Brane-Cantenac: reaching for the summit