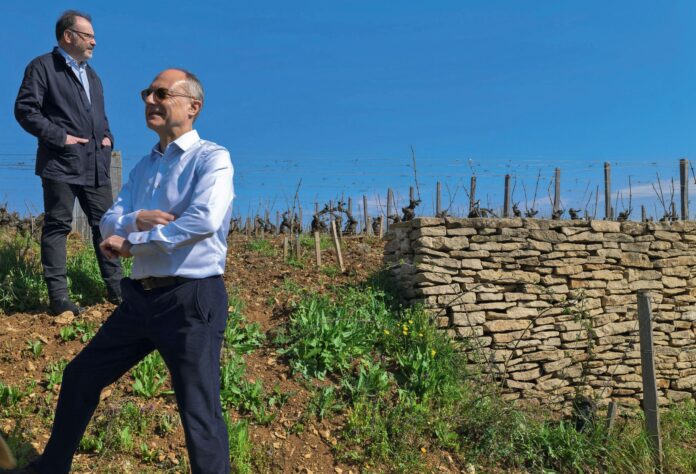 By Michel Bettane and Thierry Desseauve

This property acquired by François Pinault will have taken a few years to reach the top of the great places in Burgundy. It is there and it is well there.

Long before the fastuous takeover of Clos de Tart, François Pinault had set a more discreet foot in Burgundy and in the Côte de Nuits by buying the domain from the Engel family. It was July 2006, and Frédéric Engerer, manager of Château Latour, was inaugurating a mission that led him to manage all the Pinault family’s wine acquisitions, whether in Bordeaux, the Rhône (Château Grillet), California (Eisele) or, thereby, in Burgundy. The man of the region , Michel Mallard, was already there, and he stayed there. Everyone agreed that the estate’s wine heritage is exceptional. A tiny part in the great whites of the Côte de Beaune (Meursault-Porusots, Chassagne, Bâtard and Montrachet) and also, above all, four hectares in Vosne-Romanée, including a small clos adjoining the property; one hectare of premier cru Aux Brûlées, marvellously situated on the fault that separates Échezeaux from Richebourg; half a hectare in Echezeaux, just as much in Grands Echezeaux and, icing on this high-class cake, one of the purest expressions of Clos de Vougeot that exists. This impeccable rectangle of 1.37 ha is situated in the centre of a cru whose homogeneity has often been discussed. If you really want to understand the true nature of Clos Vougeot, this is the place to stop. The property immediately changed its name to Domaine d’Eugénie. Engerer took his time to express the full potential of this priceless terroir. The vintages of the late 2000s are marked by their power and ageing, then finesse unfolds, and energy takes over with the switch to biodynamic farming from 2011. Our tasting of the very brilliant 2019 vintage demonstrates time and time again the precision and intensity of the expression of each wine, which impresses and delights. The 2015 to 2019 Clos-Vougeot vertical confirms the permanent quest for an authentic and sensual representation of the year and the terroir. This work, which is as discreet as it is brilliant, clearly indicates the philosophy chosen by the Pinault family for its wine investments: to seek the ultimate expression of great terroirs. Fifteen years after the acquisition of the estate, this objective has been achieved.

Invindia. A new spirit in Bordeaux

Saint-Emilion, a new hierarchy among the classifieds

Brane-Cantenac: reaching for the summit