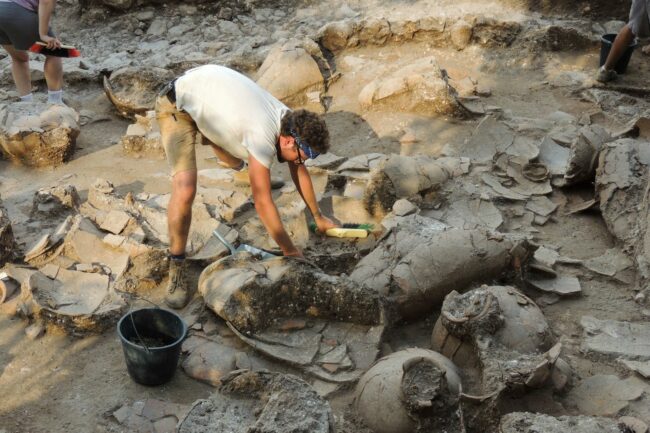 It is no longer a secret that Lebanon produces wines that are appreciated by wine lovers all over the world. If wine was not invented by the Lebanese, its known origin goes back to 8,000 years before our era in Georgia. The country’s wine history is very rich of a few millennia and its future, like that of the country, is very vague.

The wine culture of the country of the cedar is said to date back to the 7th century BC, to the days of the Phoenicians, ancestors of the Lebanese. The latter were present in a territory that largely corresponds to present-day Lebanon. The Ottoman Empire came to annihilate this know-how for centuries and the Jesuits reintroduced it in the 19th century. As early as 1857, the monks settled in the Bekaa plain, cultivated and produced wine for their personal consumption. In 1898, a two-kilometre-long cellar dating from Roman times was discovered. It now belongs to château Ksara.

The archaeological excavations undertaken in South Lebanon on the site of Tell el-Burak, about eight kilometres from the large coastal town of Sidon, have confirmed this Phoenician hypothesis.

Prosecco Superiore, it’s all there, you just have to go the distance