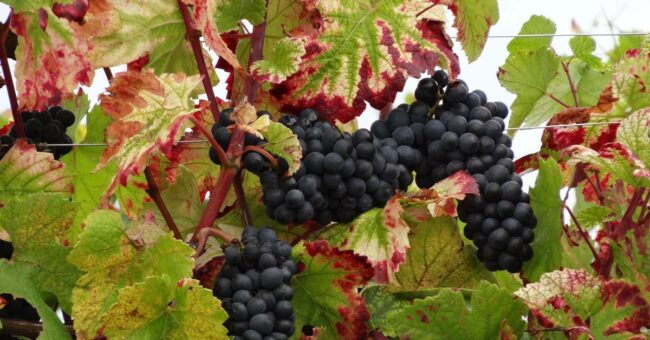 If there is one grape variety that makes the wine world dream, it is Pinot Noir.

For thousands of winemakers, the ability to translate the full flavour of the grape into wine is an ongoing quest for the Holy Grail. What does Pinot Noir have that the rest of the fine grape varieties don’t to embody the culture of wine in the historical nations that have seen its birth and development as well as in the new worlds? It is obviously not the overall characteristics of its grapes (potential alcohol richness, colour intensity, tannin density). We are at another level, that of perfume, taste, texture and the incredible diversity with which they register the slightest information given by the microclimate and the soil. This diversity is also due to its truly unique genetic instability, which makes it a true “cultivar”, a variety-population comprising hundreds of individuals. In old historical plantations, it is this rich diversity that contributes to all the micro-differences in maturity and flavour that characterise a complex wine.

The conservation of this diversity is therefore a major challenge. Attacking it was the main crime committed by an irresponsible generation of agronomists in the 1970s and 1980s. Believing in the miracle of selection and the illusion of a healthy and perfect being, they certainly identified, observed and studied hundreds of different individuals, but only to reduce them to five or six recommended clones whose weakening by identical multiplication is only too dangerous today. Fortunately, a young generation of winegrowers, inspired by a few veterans, is patiently reconstituting the extensive family of our “cultivar” through so-called massal selection.

But the complexity of flavour of the best Pinot Noir wines would be nothing without finesse and, for the thirty years that I have been trying to understand the mystery of this finesse, I do have a hypothesis for an explanation. Let’s go back to the genetics of the variety: for the moment, we don’t know its past. On the other hand, in its descendants, with the exception of Gamay, there are only white grape varieties, Aligoté, Melon, Pinot Meunier or Gris, Chardonnay. And we know that some vines have mutated naturally to give a white Pinot. It is difficult not to think that this red grape variety is in fact a white grape variety in its very essence, with the essential flavour contained in the juice and only an ancillary (but obviously fortunate) contribution given by the colouring matter coming from the skins and the aroma precursors that go with it.

One cannot produce good wine from this variety in large volumes, nor mechanise its cultivation or standardise its flavour without turning it into a tasteless product with no long-term marketing future. It is necessary to listen to the vine, to its micro-climate, according to the model given by Burgundy, and to keep the flexibility of adaptation which remains the fundamental quality of Burgundian empiricism. This is a noble programme and when it succeeds, it is a great satisfaction for everyone, from the producer to the consumer.

The genious of Pinot Noir