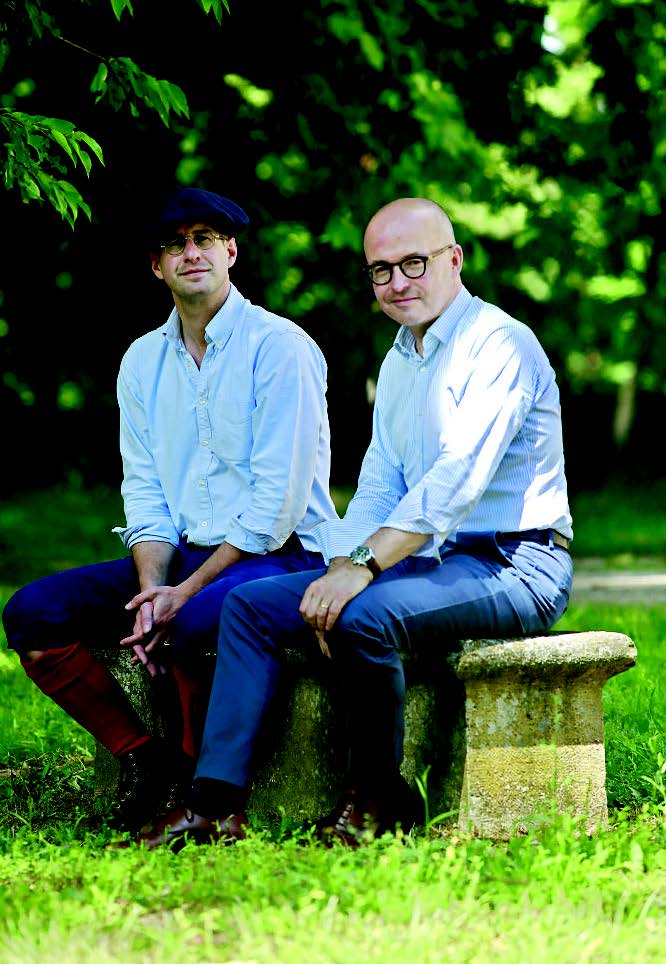 Laurent Delaunay is a wine merchant and the new boss of the interprofession. Armand Heitz, at the head of a beautiful estate and a large herd, is a winegrower-farmer. We brought them together to talk to each other. A good idea, they had things to say to each other.

Armand Heitz, you are 34 years old and you define yourself as a farmer, not a winegrower. Why is that?

AH.: I am a winegrower and a mixed breeder of sheep and cattle, on a farm that exploits 180 hectares. At the moment, my herd consists of 265 cows and a hundred sheep.

And what about the winegrowing part?

AH.: In 2012, I took over the family estate which had not been run for two generations. I am in fact the first winemaker in the family. My great-grandfather was an owner/negociant, but he didn’t do the manual work. As he had a lot of expenses, he sold a certain number of vines in the 1960s, including some Musigny.

AH.: So, every year, I took over vines that were owned by my aunts and uncles and worked by other winemakers. The estate now has 23 hectares in the Côte de Beaune and eight in the Beaujolais.

How do you approach the work in your vineyards?

AH.: I started with biodynamics and I wanted to follow the precepts of Steiner. But I had to admit that I was far from the autonomy I was advocating. I was producing nothing but grapes, consuming oil, buying tractors and fertilisers and not even using my ponds to fertilise my crops. My wife and I tried a permaculture micro-farm and reproduced the lifestyle of our ancestors. Then we decided to make this project viable in the vineyards. To find an autonomous culture without oil and without chemicals. Today, we are going step by step to make it viable. And don’t think that I’m trying to reproduce the end of the 19th century. I was talking to Yves Boyer in Meursault who told me that below the Clos de la Mouchère in Puligny, there were still cows on the plots of Premier Cru until the 1970s and 1980s. There were not only vines. Imagine a herd of cows today in the middle of the Premier Crus! Well, we’re not there yet.

“The inhabitants of Chassagne had holes in their clothes. Today, they drive a Porsche”