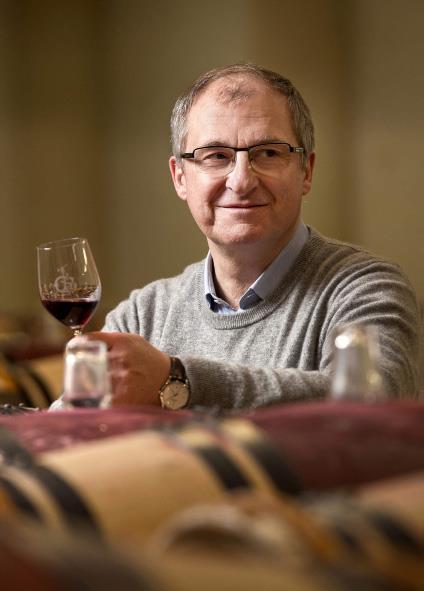 The general public does not know his name and yet Jean-Philippe Masclef, technical director of the Dillon estates (Château Haut-Brion, Château Mission-Haut-Brion, Château Quintus), is the most consistent and, in our opinion, the most inspired winemaker in Bordeaux. Of course, the terroirs he is in charge of help him more than a little, but it is still necessary to know how to understand and magnify them. His mentor, Jean-Bernard Delmas, was Emile Peynaud’s most gifted pupil and one of the first to receive a diploma in oenology from the newly established Faculty of Oenology in Talence. Under his inspiration, and for the first time in such a prestigious cru, his technical team studied the estate’s vineyard heritage and came to the conclusion that a large part of the personality of the cru came from its different clones, which had been carefully studied and preserved. This study was to revolutionize the agronomic work of the elite of Bordeaux’s crus and allow journalists and wine critics to take a decisive step in the understanding of the strength of the terroir. But they still had to know how to vinify this splendid plant material. In the last ten vintages, I don’t know of any other property that has adapted so intelligently to the change in oceanic climate. And in Pessac, in the middle of the city, the warming is dramatic. It is quite an art to obtain a fusion of body, texture and tannin as homogeneous from birth as that of Jean-Philippe Masclef’s vinifications, under the watchful eye of another Jean-Philippe, son of Jean-Bernard, and of course of Prince Robert Luxembourg, owner in love with his vines and his wine. But it is with the white wines, unfortunately so rare and for us so expensive, that the skill and knowledge of the winemaker triumph: who else in Bordeaux can give Sauvignon and Semillon the generosity, the brilliance and the length of mouth of the greatest Burgundian Chardonnays? M.B