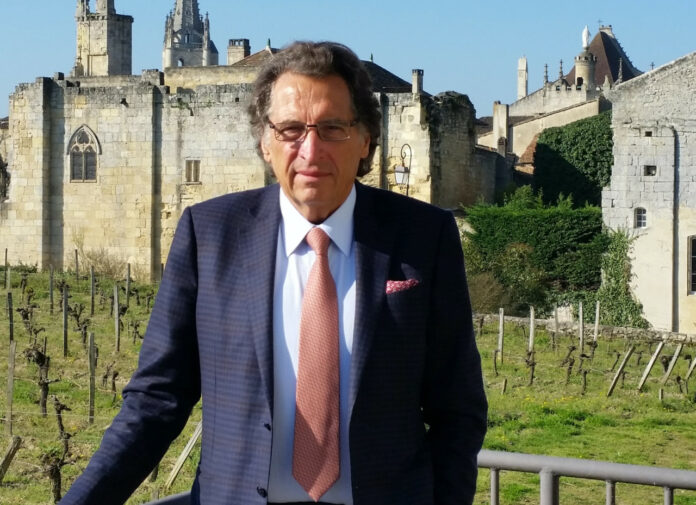 Located at the northern entrance to Saint-Emilion, Villemaurine was for a long time one of the many unknown classified growths, whose rare tastings we were able to do soon convinced us that it was better for the growth to remain so. And then in 2007, Justin Onclin bought the property. Onclin is not a winemaker, but he knows the geography of Bordeaux and the potential of its wines perfectly. On the left bank, he first acquired a nugget in Moulis, Branas Grand Poujeaux, but Villemaurine will be his master stroke. Because his twelve hectare terroir is situated on the magical limestone plateau that surrounds the north of the village of Saint-Emilion and which the direct neighbours, Fourtet or Trottevieille, enjoy in the same way. On this fundamental base, a thin layer of clay-silt soil for one part, more stony for the other, constitutes an absolutely privileged terroir for Merlot and Cabernet Franc. When Villemaurine was put up for sale, all the specialists in the sector knew that it was a jewel, and among them were many potential buyers. But many were put off by one event: Villemaurine, a classified growth, had lost this title in 2006. Onclin, on the other hand, has taken up the gauntlet. Happily, Villemaurine will regain its rank in 2012. While waiting for better? Why not? Its immediate surroundings are full of first growths and its performance since 2015 is impressive.

Chateau Villemaurine. Saint Emilion Grand Cru. 2018. Great finesse of texture and depth, racy and slender, this is a great Villemaurine, worthy of its exceptional limestone terroir. 18/20