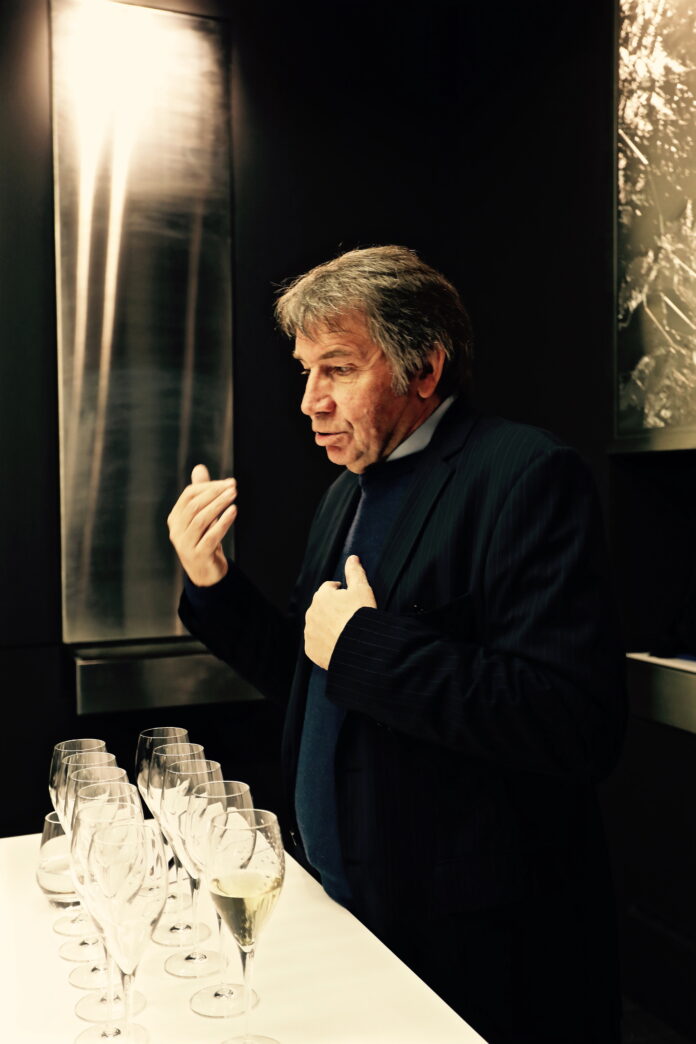 Cellar master of Laurent-Perrier, Delamotte and Salon Champagnes in Tours-sur-Marne, the man is not easy and his kingdom, the dark cellars of the Laurent-Perrier house, is well defended. We enter with permission and Michel does not answer all our questions. This is probably what makes him endearing. Having arrived in the House in 1973, he will soon be signing half a century at the service of Bernard de Nonancourt’s wines, iconic boss of Laurent-Perrier, who died in 2010.

In a logic that is difficult to fault, he has a flawless range and also signs the blanc de blancs from the Delamotte house and the rare and expensive Salon champagnes. A unique performance in Champagne. This year, he dazzled the world with his new blanc de blancs and a new vintage, the iconic 2008.

To complete the array, he also released a new blend of Grand Siècle in magnum and another, not the same blend of three vintages, in bottle. To which he added a new Grand Siècle Les Reserves, a blend of the 1990, 1993 and 1995 vintages. It is rumored in the Champagne slopes that Dominique Demarville, resigning from his post of cellar master of Veuve-Clicquot will soon replace Michel Fauconnet . Impossible, one does not replace Michel Fauconnet. Dominique will succeed him, that is not quite the same thing.